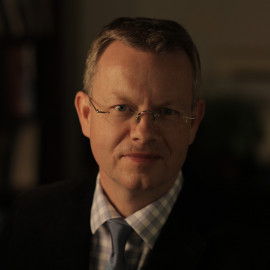 Adam Brookes is an author whose writing draws on his years in China and his study of Chinese, as well as his years as a journalist and foreign correspondent. Adam was born in Canada, but grew up in the UK. He studied Chinese at SOAS, University of London. His first job in broadcast journalism was as a copytaster at the BBC World Service, a job now extinct. Over two and a half decades in journalism he worked mainly for BBC News as Jakarta correspondent, Beijing correspondent and Washington correspondent, and reported from many other places, including Iraq and Afghanistan. He lives in the United States.

World Rights to his three spy novels, Night Heron, Spy Games and The Spy’s Daughter were acquired by Little, Brown in the UK. North American rights have been sold to Redhook, the commercial imprint at Hachette Book Group in the US. The novels are set in China, Africa and the Americas and portray a world of contemporary espionage, MI6, and China’s rise to power. ‘A top-notch thriller about stolen secrets…places him near the first rank of today’s spy novelists’ ⁠— Washington Post.

Fragile Cargo, published by Vintage in 2022, is Brookes’ first work of narrative non-fiction and the gripping true story of the intrepid curators who saved China’s finest art from the ravages of the Sino-Japanese War and World War II. Simon Sebag Montefiore calls it ‘an extraordinary odyssey of the imperial treasures of the Forbidden City.’ 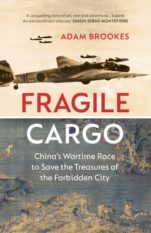 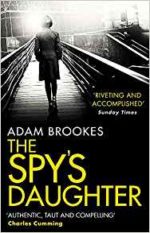