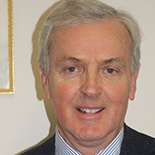 A distinguished former diplomat, Sir John was Director of The Ditchley Foundation until 2016, and is now Chair of the Electoral Commission, and co-chair of the International Rescue Committee UK. . Having worked on the Middle East peace process in the 1980s, he was awarded a knighthood in 1998 primarily for his role in the Northern Ireland Peace Process and the Good Friday Agreement. He was Ambassador to Paris before becoming the United Nations Under-Secretary-General for Humanitarian Affairs and Emergency Relief Coordinator in early 2007. It is the experience, knowledge and wisdom that he gained during his four years at the UN that form the basis for this book The Politics of Humanity – The Reality of Relief Aid, commissioned by Anthony Cheetham for Head of Zeus and published in March 2013.