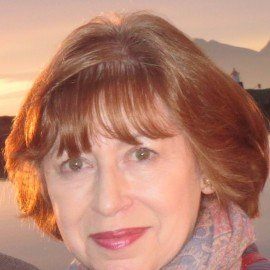 Angela is the author of several genre-defying biographies, the most recent of which is Rosalind: A Biography of Shakespeare’s Immortal Heroine published by Oberon Books 2016, Pegasus Books USA 2017, and paperback by Oberon 2017. ‘Innovative biography is what Thirlwell does best,’ says The Daily Telegraph. Angela’s previous biographies about the Pre-Raphaelites are William and Lucy: The Other Rossettis published by Yale University Press in 2003, and a prequel, Into the Frame: The Four Loves of Ford Madox Brown, Chatto & Windus 2010 and paperback by Pimlico 2011. She is also the editor of The Folio Anthology of Autobiography, 1994, although she does not intend to write her own.

Angela is currently working on The Madonna of the Candelabra, the story of a painting by Raphael and its connection with an Italian family who fled Mussolini in 1922 to found a Free Italy movement in England.